Breast is best so they say, well i am a believer of all the health benefits both breastfed babies and their mums gain through nursing however not much is widely discussed in areas of nipple and teat confusion/rejection.

I was under the care of wonderful midwives almost 6 months ago when i had my beautiful 2nd princess. I had already decided i was going to breastfeed and combine with formula but after much encouragement from midwives and health visitor who explained if i wanted my baby to enjoy the full benefits of breastfeeding i would have to do it exclusively. I only gave her formula whilst i was waiting for my milk to come properly during the first 3 days of her birth. i would nurse her and top up with cow and gate and when that run  out i topped her up with sma and she took all without any problems. Another reason why i had to top her up was she was slightly jaundiced so i was advised to feed her a lot in order to help flush it out of her system. ..but that is another story for another day.

When we arrived home from the hospital she only took 1 bottle and so for the past 5 months plus all she has been breastfed exclusively and it has been so easy as i have not ha to do any sterilising,washing bottles etc..i have not even even expressed as i am on maternity leave. Another good thing about nursing is that i have saved so much money as i have not purchased formula. It has really been a dream but for the past 2 months i have been thinking of introducing a couple of bottles per day to my baby so that i can be free to do other things as breastfeeding is becoming so time consuming and she is getting bigger i am feeling the strain more now as i am eating like a horse and drinking water like fish. I am constantly hungry and thirsty and on top of that i have to keep up with my 3 year old daughter who also needs my attention.

I tried giving 2nd princess  a bottle 4 weeks ago and she refused it. I planned it so well, I gave her aptamil first milk in a tommee tippee closer to nature bottle but unfortunately it did not go according to plan. She refused it and the more i tried to give her the more she cried. She would not even suckle she just bit the teat and whenever any milk touched her tongue she would gag. This young lady of mine is just too smart because she is quite happy to drink water from the same bottle.

The next day i tried giving her milk in her tommee tippee first cup as she really loves that cup and often uses it to sooth her gums when drinking water however she also refused the milk from it and gagged until she almost puked.  I went checked all over the web to see any useful tips and many mother and baby websites such as babycentre and la leche league mention its quite normal for a baby to refuse formula milk from mum as they already associate mum with breast milk and most importantly babies can smell mum/mum’s milk up to 15 feet away so its no wonder my princess is being fussy. To make things easier they suggest getting someone else to feed the baby. I did get my husband to feed her while i took my 3 year old to the park 1 week ago but she refused it and became impatient so in the end he called me to hurry home to feed her so my quality time at the park with 1st princess was cut short. I have spoken to other mums who recommend i try a different bottle and a different brand of milk so i shall give it and a go and by the Grace of God i am sure all will go well.  Do not get me wrong, i do not regret nursing my baby and i think it is a privilege as some mums are unable to breastfeed or simply do not get the opportunity to because of pressures to return to work so soon after giving birth however i feel if had the opportunity to rewind the situation i would definitely give her a bottle maybe 1 every other day just so she can be familiar with it but i cannot rewind so i will just enjoy the journey as God blesses me with wisdom so that i can find a solution. 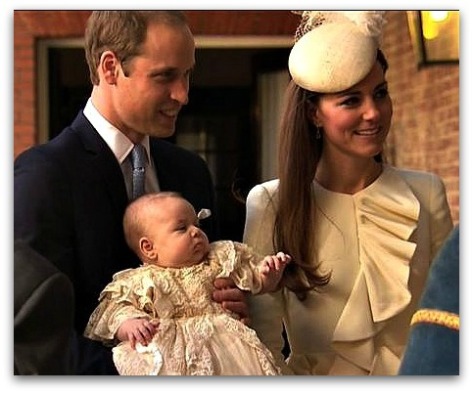 This week saw a magnificent and quite significant event take place in the heart of Britain and that is the christening of Prince George who is third in line to the throne.  The royal baby who was christened on Wednesday 23rd October 2013 at St James palace  arrived in style wearing a delicate lacy christening gown  and looking so adorable .  Many newspapers and news channels reported it as a joyous event which went well without tears as the royal baby according to the daily telegraph was on his best behaviour. A lot has been reported on what the Duke and Duchess of Cambridge wore. Some have likened princess Zara’s outfit to that of Victoria Beckham but i would just like to draw on this significant event and just applaud the royal couple for upholding their faith by introducing their baby to the faith. I understand it is part of many traditions pact iced by the royal family and of course as the queen is the head of church of England but it is still nevertheless a beautiful gesture which i pray will have a positive impact on the young Prince’s life. Proverbs 22:6 tells us to ‘train a child the way he should go so that when he is old he would not depart from it’. Born to a hugely catholic family, i too was also christened and had a lovely godmother a child and as i grew up i was taught bits and bobs about the faith which i believed has led me to this journey of being a born again Christian. At times when i was alone as a teenager moving from one house to the next i always held closely to my heart all the songs and prayers (The Lord’s payer) i learnt as a child and yes God used it for my good.

When i was in my early twenties i became a born again Christian and i did get baptised as an adult which is a good thing as as adult your aware of the significance and also you are making a concious decision to follow Christ. I do not regret being Christened as a baby because i know whether i understood it or not God still used it for my good. 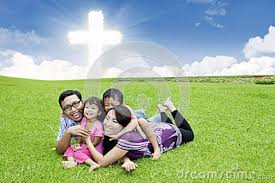 Pregnancy is one of the most beautiful time in a woman’s life and whilst its only 9 months it seems the last few weeks always drag on for most. As i mentioned before, my first was due on the 14th march but decided to hang in there until the 23rd of march and 3 years later my second was due on the 1st of April but also decided to chill in there until she was forcefully removed (evicted) on the 14th April. I was really blessed i had attended womb ministry at Kensington temple and i took on board their counsel that the babies are never late but always come on God’s time. This really encouraged me to focus on having fun and just enjoy every stage so in light of that i give you another tip on the 101 things to do in the last days of pregnancy.

If you have enough energy arrange for a romantic meal and a movie with your husband. You need to spend as much quality time as possible before your bundle of joy comes along as you know the new baby will take a lot of your time so try to milk the pre baby stage as much as possible. If there’s other children already why not include them too on a nice family outing so that they too can feel as special and not forgotten. 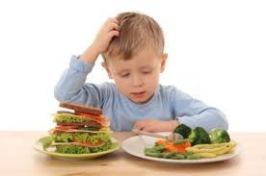 A mother who served sainsburys chicken kiev to her 1 year old daughter for dinner only to find blade inside it has vowed to never shop at sainsburys.  Miss Perks from Derbyshire only discovered the blade as she cut up the kiev in pieces for her little one and thank God she saw it as it could have turned out horrific. Sainsburys have apologised and are currently investigating how the blade ended up in the food. As a mum i do worry about buying certain foodstuff for reasons like this and this is also why i like to choose my ingredients carefully and cook from scratch although that is not always easy based on demands of the modern day society. I am not here to bash this lady i am just glad her child is safe and hopefully this incident will not happen to anyone else.

story taken from daily mail and pic courtesy of fpegalex